skip to main | skip to sidebar

As I mentioned in Part I, the plants in Florida are much different than our New England plants.  Even across Florida there is quite a variety.  Florida is a large state, and ranges from Zone 8, where I live in the winter, to Zone 10 in southern Florida.  And there are coastal areas and inland areas, all having different micro climates.  So when talking about what grows, and how to grow, in Florida there is wide range of information. 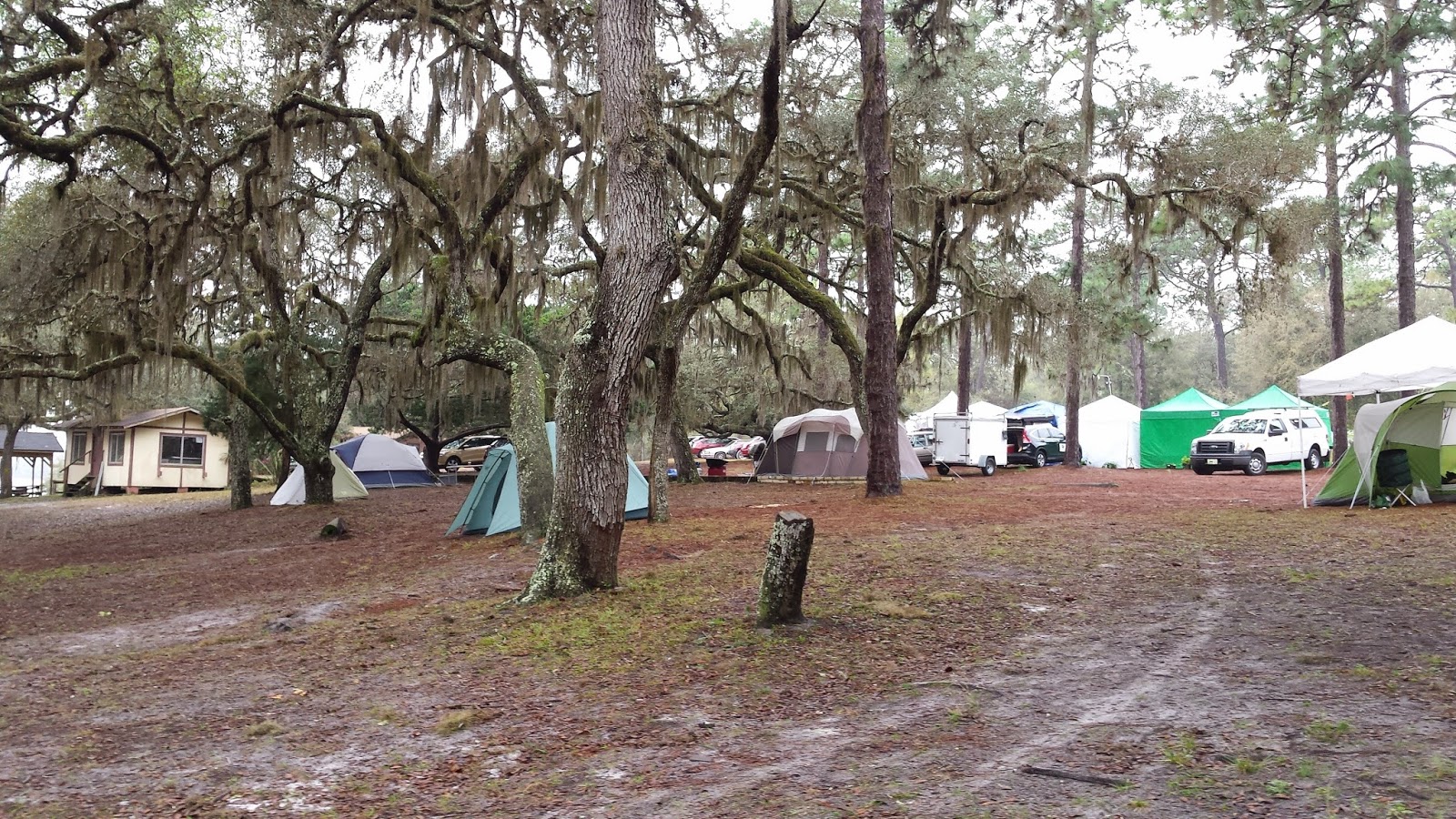 The conference was in DeLeon Springs, which is north of Orlando and east of Ocala, just east of the Ocala National Forest.   The Ocala National Forest is the second largest nationally protected forest in the United States and covers 607 square miles of Central Florida.   It is the southernmost national forest in the US and protects the world’s largest contiguous sand pine scrub forest.  We drove through it to get to the conference and it is a beautiful and amazing place.

In central Florida, we were able to see many blooming and growing plants at the end of February.  Some that I found interesting were: 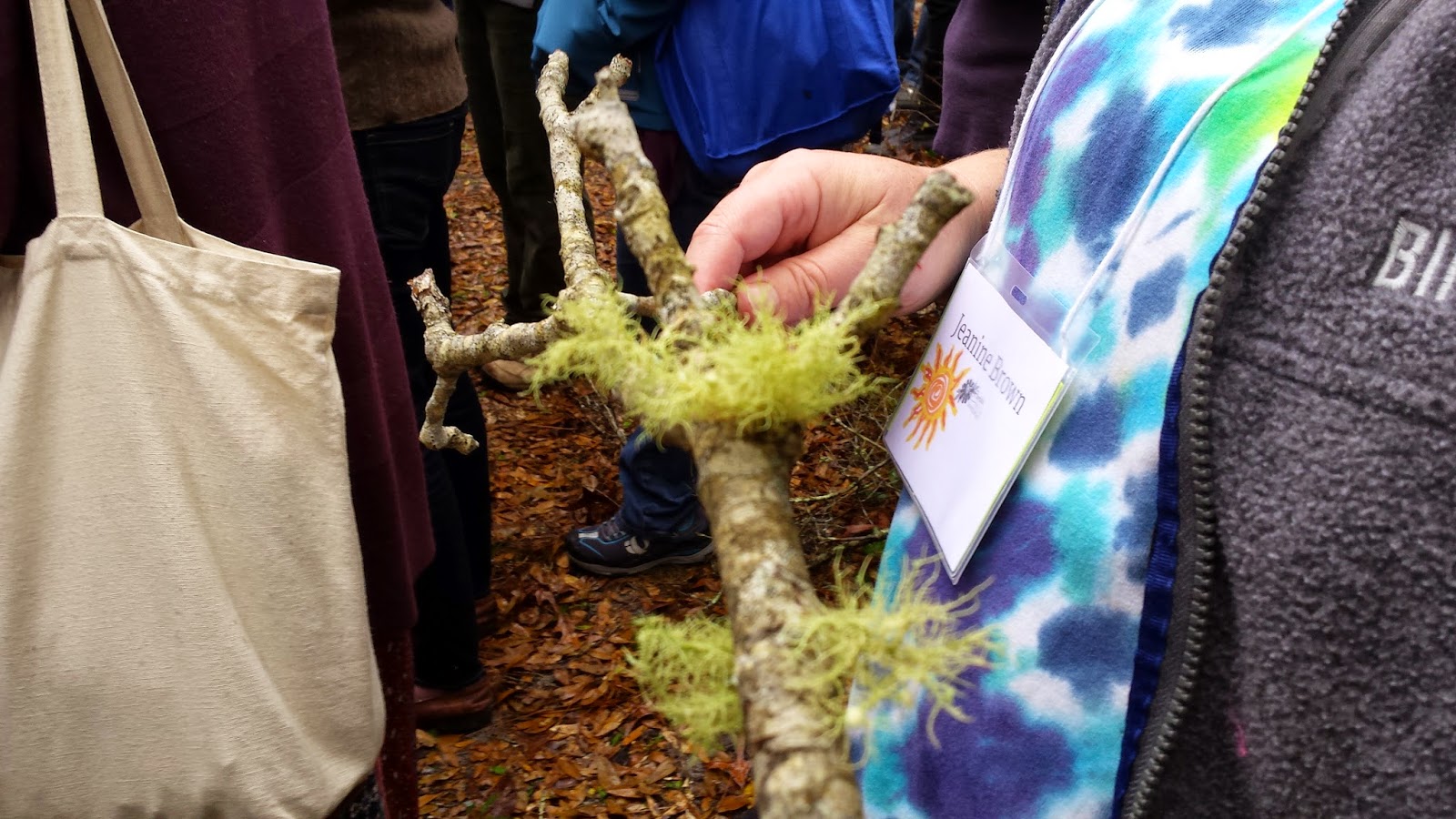 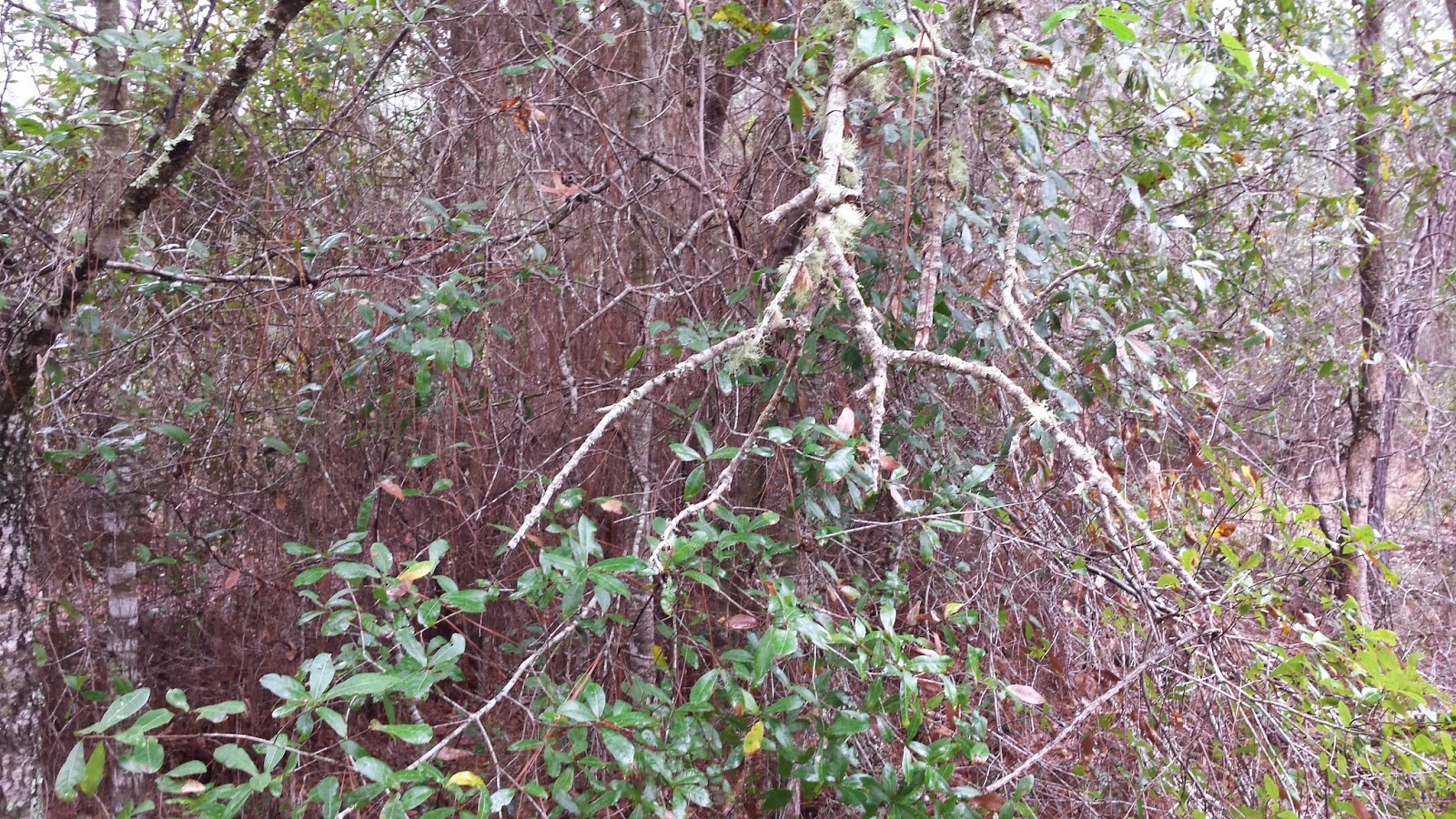 Usnea – this is a picture of usnea growing on a broken limb hanging in a wild cherry tree and another of Jeanine holding it growing on a branch.   Usnea is a lichen and can be identified by the white thread that grows through it.  In central Florida, it grows most often on oak trees.   I have used dried usnea for urinary tract infections and it is also an immune tonic herb and high in Vitamin C.   I don’t recall ever seeing usnea growing in such profusion at home, it seemed to be just everywhere here! 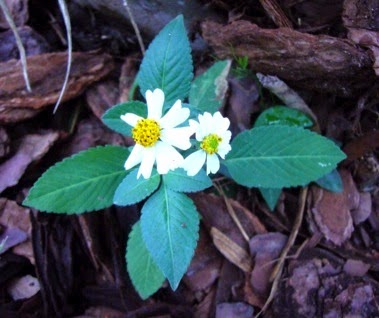 Spanish Needle (Bidens Alba) – this is a common weed in Florida and in bloom in February.  The flowers and young leaves are edible and it is a great salad herb.  It can be used medicinally for colds and flu, inflammation and urinary tract infections.  I thought the cheery little flower was a wonderful sight and bidens is also the 3rd largest source of nectar for honeybees in Florida (behind saw palmetto and citrus fruit). 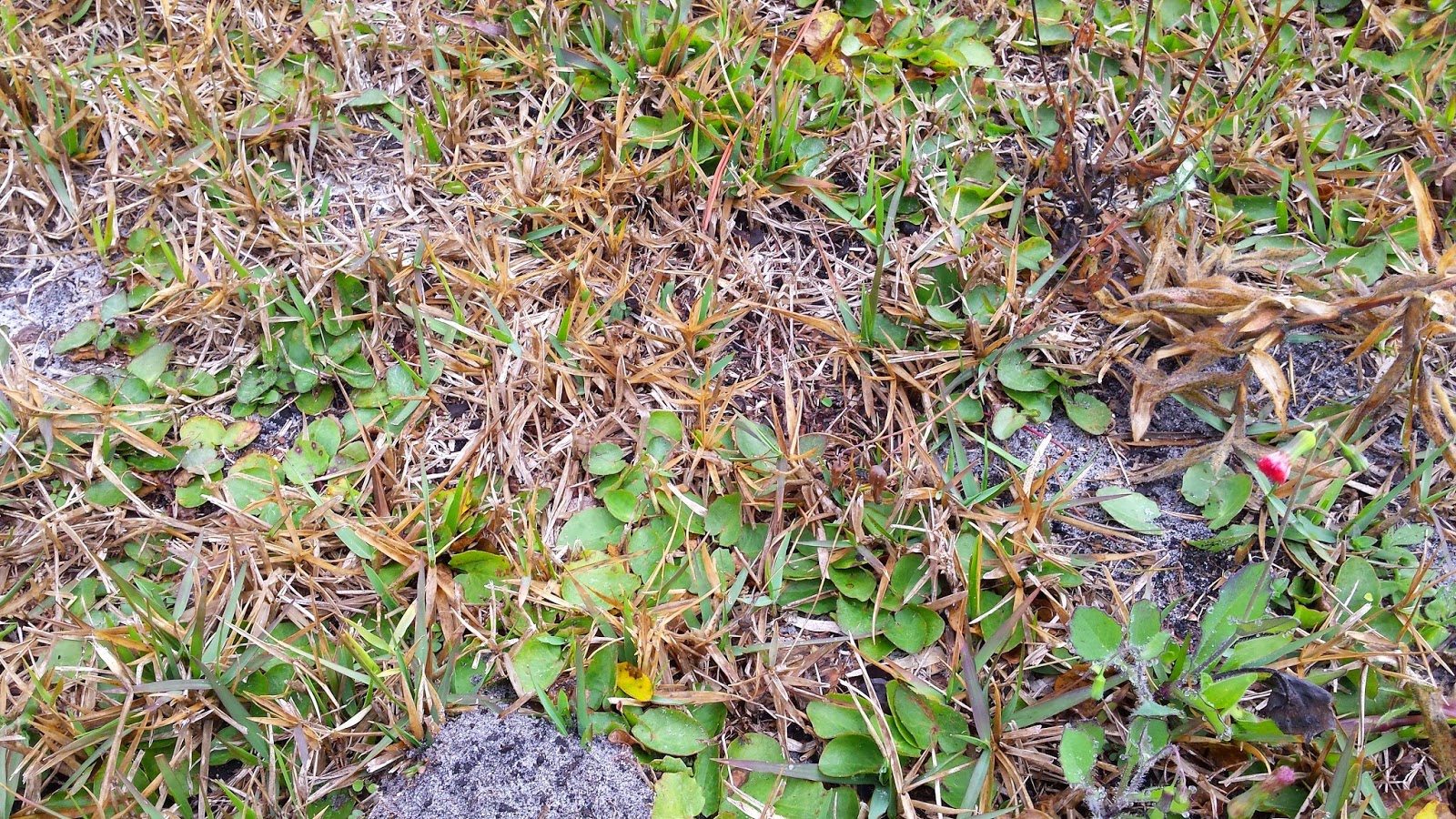 Gotu Kola (Centella erecta), sometimes called Pennywort – a cousin of Centella asiatica, these are so close that according to Green Deane only geneticists can tell the difference between the 2 species.  The picture is it growing right outside our tent by the lake, the gotu kola has the heart-shaped leaves.  While not native to North America, it is found in the southern part of the US and is thought to have been here for thousands of years.  In folklore, pennywort supposedly helped one Chinese master live to 256 years old.  Gotu kola is commonly used in Asian cooking and can be added to salads as well.  Medicinally, gotu kola increases memory and concentration, revitalizing nerve and brain cells.  It is also considered an adaptogen and is also antibacterial and antifungal.

Of course there were many more, some old familiars like plantain and elder and other new ones.  So many plants, so little time :-)

i take gotu kola daily for concentration, have been for a year, works really well for me. :)

If you are looking for more information about flat rate locksmith Las Vegas check that right away.สล็อตออนไลน์

A very awesome blog post. We are really grateful for your blog post. You will find a lot of approaches after visiting your post.สล็อต 999

I would like to say that this blog really convinced me to do it! Thanks, very good post.สล็อตวอเลท

When you use a genuine service, you will be able to provide instructions, share materials and choose the formatting style.สล็อตแตกง่าย

thanks this is good blog.บา คา ร่า วอ เลท

Thank you for taking the time to publish this information very useful!สล็อตเว็บใหญ่

Thank you very much for this useful article. I like it.บา คา ร่า วอ เลท

Your website is really cool and this is a great inspiring article.สล็อต ฝาก-ถอน true wallet ไม่มี บัญชีธนาคาร

I read that Post and got it fine and informative.บาคาร่าวอเลท

I have read your blog it is very helpful for me. I want to say thanks to you. I have bookmark your site for future updates.สล็อตทรูวอเลท

New web site is looking good. Thanks for the great effort.สล็อตxo

Thank you for the update, very nice site..เว็บสล็อต

Thank you for taking the time to publish this information very useful!เว็บสล็อตเว็บตรง

This blog is so nice to me. I will keep on coming here again and again. Visit my link as well..เว็บตรงสล็อต

This is such a great resource that you are providing and you give it away for free.เกมสล็อต

This is very educational content and written well for a change. It's nice to see that some people still understand how to write a quality post.!สล็อต เว็บ ตรง